The latest addition to Heartland T-shirts is Heartland Christian Shirts, now available from both Cafe Press and Zazzle.  Also available in both serious and parody varieties!

Heartland Christian Shirts: designs both silly and serious to help you reach the world around you with the love and truth of the one true and loving God!

If bullies tell us not to draw him, we must draw him all the more; otherwise the bullies win.  It’s as simple as that.  Charles Cooke reflects on this further in “Free Speech without Apologies” (nutshell: when people are no longer under threat of death for simply drawing Mohammed, then we can have an argument about whether depicting Mohammed is appropriate, “offensive”, etc.).

Our first offering, via the Mohammed Image Archive, is a tasteful illustration of Mohammed from the Compendium of Chronicles, a history by Rashid al-Din in 14th-century Persia.  Interestingly, he was apparently a Jew who converted to Islam and became a vizier in the Mongol empire (if you trust Wikipedia, etc.). 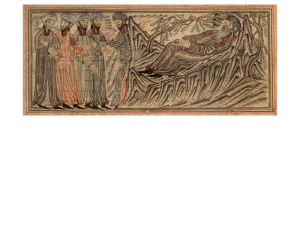 Remember Molly Norris?  Many people have never heard of her.

Molly Norris was the quirky cartoonist who thought of “Everybody Draw Mohammed Day” in 2010.  Mark Steyn reminds us what happened next:  After a wave of death threats from Islamist thugs, she changed her name and went into hiding, and has not been heard from since.

Remember Molly Norris.  Let her not be erased from the world.

Heartland has finally added punchy, proudly Tea Party designs to our repertoire.  Check them out at Cafe Press and Zazzle!

I just uploaded a new design to the “No More Clintons” collection (Cafe Press): 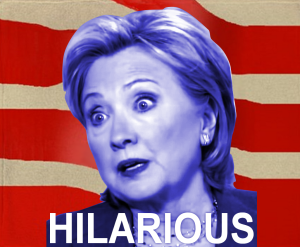 It’s a spoof on this apparently popular Cafe Press design.

We had a great time at the Cincinnati Tea Party Tax Day convention last night.  We sold Scott Walker, Rand Paul, and Ted Cruz shirts live and in person.  Which candidate was most popular?  We kept track, and the result was the Tax Day T-shirt Straw Poll!

In the end, Ted Cruz and Rand Paul tied for first place, followed closely by Scott Walker.  If our straw poll is any indication, it’s still anybody’s game!

END_OF_DOCUMENT_TOKEN_TO_BE_REPLACED

Clinton shirts are now up at Cafe Press and Zazzle.  Enjoy!

If you’re at the Cincinnati Tea Party Tax Day convention this Wednesday, stop by the Heartland T-shirts table to say Hi or participate in the Tax Day T-shirt Straw Poll!  The winner will be announced here, at Heartland T-shirts.com.

Great new designs now up at Cafe Press and Zazzle.

Welcome to the race, Dr. Paul!